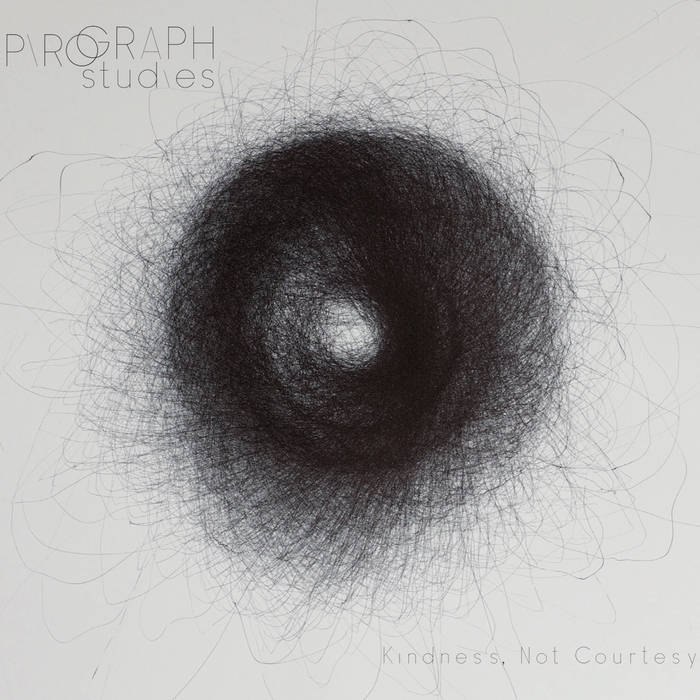 HP This album reflects a masterclass in storytelling, in depth and detail and while that alone should be relished, it offers more. It is not often listeners are invited into something so intricate yet still so accessible. Full review here writingincapitalletters.home.blog/2019/08/11/spirograph-studies-kindness-not-courtesy/

This is the debut album from Melbourne-based art music band, Spirograph Studies. 'Kindness, Not Courtesy' is comprised of eight thoughtfully selected tracks, by band-leader and bass player Tamara Murphy, brought into being by this awesome line up. Each track has been composed from a singularity to create a simple, yet vast, music.

****
Jazz of startling originality, difficult to categorize, has been streaming out of Melbourne for years. Kindness, Not Courtesy is an example. Seven originals by bassist Tamara Murphy and one by drummer James McLean are generally ruminative and minimalist, featuring beautiful harmonic changes. One might call this genre “textural jazz”, whereby no particular soloist dominates the sound mix with technical virtuosity. This is a collaborative venture with four players contributing sensitively to the whole. Still, there is individuality here. Lyrical pianist Luke Howard, while often unobtrusive, can also project strongly, with a very clear voice. Guitarist Fran Swinn, with a pleasing Bill Frisell influence, is a skilled conversationalist in the mix. While there is an appealing stillness here, the music also flares out, showing the influence of rock elements, while its inner music retains the majesty of jazz.

Spirograph Studies are a Melbourne based four-piece bringing their debut album, Kindness, Not Courtesy, to Aotearoa in September 2019. Band leader and bassist, Tamara Murphy utilises the immensely talented quartet to gently herd us through gorgeous soundscapes on this record. Spirograph Studies have captured the imagination of live audiences at jazz festivals in their home country and it is just a matter of time before they do the same here.
This record is cinematic in its breadth and detail. It conjures imagery and the colour pallet of a film score. The opening number, The Opposite of Afar, begins the journey and sounds like a journey in and of itself. Maybe the group are leaving, maybe they’re arriving only to leave again, but they always grab us mid-embrace. This record is a train station or an airport with singular emotions and themes brought into their truest forms – everything is on the move. Pianist, Luke Howard’s graceful improvisational work sparks out over the structure offered by Murphy and drummer James Mclean, only to build and swoon with Fran Swinn’s guitar.
Murphy is behind every sweeping turn, every flung open window or elusive dab of paint by softly nudging and probing. Then Swinn is off again wrapping delicate notes around broad swathes of drums and hi-hats to hold the exquisite tone together. Mclean’s drumming soars above on songs like R & R but it is the interwoven elements of this group that prove to be their strength. Particularly earnest pieces are blended with subtle layering from other members of the quartet to add depth and even playfulness. And when Howard’s piano is ready to crash, Swinn and co crash up against him like a rough sea in the superb and wild Gromp City.
This album reflects a masterclass in storytelling, in depth and detail and while that alone should be relished, it offers more. It is not often listeners are invited into something so intricate yet still so accessible. This album does something that can get lost in the heady throws of creation and that is allows a space for the listener. This record is an invitation, a warm welcome or the sounds of a new friend at a front door. All I can, do is suggest you walk through it.

In 2019, they tour around Australia and NZ to launch their debut album, Kindness, Not Courtesy.

Bandcamp Daily  your guide to the world of Bandcamp

Featuring appearances from Kari Faux, Bluestaeb and and interview with NY-bred artist Wiki